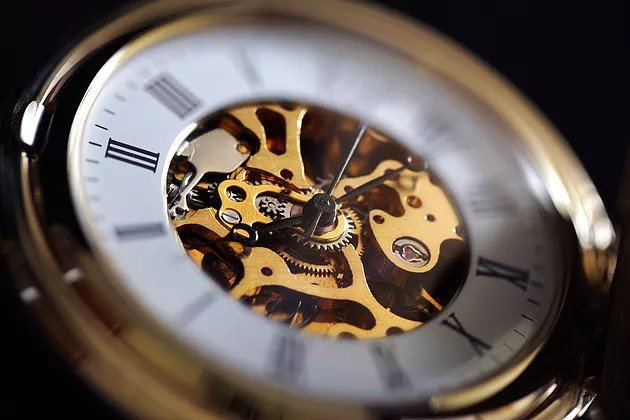 Negotiations for a trade agreement between the European Union (EU) and the UK took place as the deadline for a mutual consensus approached. The first indications that a deal may not be agreed by the European Council meeting in October were hinted at by the UK’s Brexit secretary, Dominic Raab. The ongoing tug of war between the UK and the European Union will continue to rumble on with the UK hopeful of a deal by the end of the year. The trade war tensions remained pertinent as the talks between China and the US ended without any breakthrough. President Trump has already set the tone, suggesting there was unlikely to be a quick resolution, and discussions can hardly have been helped by the two sides slapping a new range of tariffs on each others’ goods as the talks were underway.

The ongoing uncertainty around Brexit negotiations impact investor sentiment. Both sides state that progress is being made but Dominic Raab, the UK’s Brexit secretary, gave the clearest indication yet that the timetable for a pact was slipping. Mr Raab conceded that there was now “a measure of leeway” over how quickly a deal can be signed. UK officials said that hopes for a deal looked increasingly likely to rest on a special meeting with the EU heads of government in November. However, some British ministers have even stated that a final deal may slip further and that the EU’s summit in mid December marks the real deadline. This could mean that the crucial vote in the House of Commons, on the motion to approve any deal, might not take place until January next year, just weeks before the UK is due to officially leave the European Union. Michel Barnier, the EU’s chief Brexit negotiator has raised concerns around the prospects for a pact, saying that the UK Government could not ‘cherry pick’ parts of the single market. If a deal is to be achieved then negotiations will have to to be accelerated.

The increase of the Bank of England’s base rate 0.75% is testament of Mark Carney’s belief in the underlying strength of the UK economy, recently stating that he believes that we are well placed to deal with any outcome. Despite the Brexit uncertainty, it is comforting to know that Britain’s biggest banks are able to withstand a series of economic shocks including a no-deal Brexit. The Bank of England measured this through stress tests which examine if banks have enough capital to handle a sharp fall in UK and global growth, a surge in consumer bad debts, a plunge in the pound, and a jump in unemployment caused by higher interest rates. The results illustrated that all seven lenders tested had sufficient capital to cope with extreme economic circumstances. This will, to some extent, relieve concern relating to the severity of a no deal scenario.

Donald Trump is still pursuing his battle with China as he attempts to alleviate the trade imbalance between the two largest economies of the world. The key question for investors is how this is going to affect the global economy and at present the tariffs look as if they will have a minimal effect on global gross domestic product (GDP). Trump’s US tariffs are affecting £64.9bn worth of goods across the world. The retaliatory tariff measures from Canada, China and Europe affect a further £39.8bn, which in total is £104.7bn. The levy placed on these goods ranges from 15% – 25% and therefore, on a worse case scenario, that is a maximum tariff of £26.17bn on these imports/exports. If you relate this to global GDP (totaling £60 trillion) this amounts to a mere 0.04% reduction. Whilst this illustrates the relatively small impact this could have economically, investor sentiment will be sensitive to these aggressive tactics, inevitably leading to volatility in equity markets.

The US President continues to be unpredictable in relation to trade. In the same week that the US and Mexico agreed trade terms there were reports which claimed that President Trump intended to roll out $200bn in new tariffs on China. Why is Trump employing this tactic of protectionism? A key event in November will be the US mid term elections which is seen as the acid test for the strength of a US presidency. Many political analysts have argued that Trump is attempting to boost his nationalist vote by promoting his ‘America First’ rhetoric. The US President also uses the performance of the US economy as a barometer of the success of his presidency and therefore it is unlikely they he will implement a policy which could derail growth. Whilst we are mindful of the potential risks a trade war can cause, we are also aware that the US President wishes to consolidate the Republican position in the Congress and Senate and therefore it is improbable that he is going to attempt to halt global growth.

US economic growth is strong and has continued to beat expectations. US Gross Domestic Product increased at an annualised rate of 4.2% which was slightly improved on the predicted 4.1% growth. This represents the economy’s best performance in four years, with analysts linking this to the tax cuts introduced by President Trump. As the Federal Reserve’s measure of inflation rose in line with market estimates, we expect the US central bank to raise interest rates at its next policy meeting.

The European Central Bank (ECB) declared an end to its three-year quantitative easing stimulus programme, announcing it will halt the activity credited for reviving a crisis-wracked Eurozone economy. However, interest rates will remain at record lows and the ECB suggested they were unlikely to rise before September 2019 — later than some analysts had previously predicted. The ECB will gradually taper the stimulus programme through the rest of the year, cutting its monthly asset purchases in half to €15bn this month and phase it out entirely by the end of the year.

Mario Draghi has stated that geopolitical risks from a trade war and higher oil prices all weighed on the outlook for growth. However, wages across Europe are beginning to pick up at a faster pace, not only in Germany but in France too. This would boost consumption and lead to higher inflation in the years ahead which, combined with the end of quantitative easing, highlights some positives in the Eurozone economy.

Asian equities are being affected by Trump’s trade negotiations and this is likely to continue until a concession has been made from either side. There are pockets of value still to be found in the Asian region especially in some of the well established technology companies. In Japan, the central bank made it clear that they would not be joining the world’s other central banks by rolling back crisis-era stimulus policies. Haruhiko Kuroda, the Bank of Japan governor, stated that interest rates would remain at low levels “for an extended period of time”.

The world economy looks set to grow robustly in 2018, but the differences between faster and slower growing countries are becoming more apparent. The most positive news comes from the US, where tax cuts, government spending and business confidence are supporting employment and investment, suggesting a strong recovery into the summer and solid growth into 2019. This is assisted by lower unemployment in many developed economies, resulting in increased consumer spending. The UK market continues to look uncertain as it remains unclear whether a deal with the European Union will be achieved, resulting in reduced investment flows. Consumer confidence is high across the US and Europe, encouraging companies to invest, which in turn leads to earnings growth. That said, with the possibility of a trade war, we continue to favour fund managers that have a flexible, active approach, with a global remit, so they can asset allocate across the entire investment world as diversification is key.

Please note: The opinions expressed in this update are those of Redwood Business Insurance Services Limited only , as at 4th September 2018, and are subject to change. The update is for information purposes only.
Source: Financial Times.