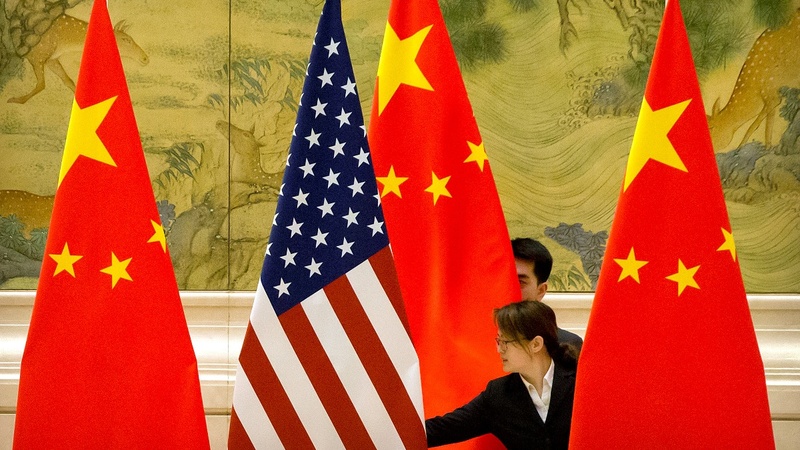 Equity markets saw a positive month in February as investors saw trade tensions ease between China and the US. Discussions are still taking place between the world’s two largest economies and we are beginning to see both leaders realise that a trade truce is the most amicable economic outcome for both nations. Donald Trump has suggested that a deal cannot take place until he has met President Xi, which is likely to take place at a summit meeting in Florida where we are hopeful that an agreement will be concluded. In the meantime, the imposition of further tariffs has been postponed.

In the meantime, Federal Reserve Chair Jay Powell gave a testimony to the US Senate where he stated that the US economy was still strong and that the central bank would take a “patient” approach to interest rate changes. Markets reacted to this kindly, which helped to boost US equities.

Finally, the rollercoaster of new announcements associated with Britain’s departure from the European Union continue with Jeremy Corbyn stating that he would be willing to back a second referendum; the establishment of the centrist Independence Group; and Theresa May offering the option of a vote to stop a ‘no deal’ if she does not manage to convince parliament of the agreement she has negotiated with the European Union. Time is running out and our government will be forced to make a decision by 29th March.

Market sentiment has been concerned mainly with the potential slowdown of global growth and the path the Federal Reserve is likely to take in terms of their monetary policy. The former has been linked to weakening economic data in China and worries over how the trade war has affected supply and demand in the world’s two largest economies. In the last Market Overview, we stated that February was likely to be a crucial month in terms of the outlook for future global growth. This was mainly due to the binary outcome of the current trade negotiations between China and the US. A harmonious agreement will give investors more certainty and provide positive sentiment for world trade. A breakdown in talks and an increase of tariffs will provide the opposite and cause unease within markets.

Fortunately, we believe that both nations realise that a world based on tariffs and restrictive trade agreements is harming global growth and the damage to the economy will have a negative effect on the domestic public perception of President Trump and President Xi. US businesses are lobbying President Trump to put aside his differences with China, indicating that higher tariffs are causing higher costs for American manufacturers – which would lead to price inflation for the US consumer. Trump is already looking at his strategy to be re-elected in 2020 and has stated on many occasions that he wants his presidency to be measured by strong economic performance and stockmarket success. Trump’s willingness to make a deal with China has been evident as he decided to postpone the increase of tariffs on Chinese goods which was due to be implemented on 1st March. The US President stated that “substantive progress” has been made “on important structural issues including intellectual property protection, technology transfer, agriculture, services and currency”. However, Trump has stated that an agreement can only be finalised with a face to face meeting with President Xi in what is likely to be a PR show for the two world leaders. Trump’s Mar-a-Lago estate in Florida has been specified as the most likely location for this and we are hopeful it will happen sooner rather than later, as a cordial outcome will help to achieve some market stability.

Since the market selloff in October last year, there has been much speculation concerning the Federal Reserve’s monetary policy trajectory. The US central bank has not increased interest rates since December, due to concerns over slower growth overseas caused by Brexit uncertainty and the trade tariffs. In late February, Jay Powell stated that although some economic data had “softened”, the ever increasing labour market and strong consumer spending is still driving the US economy forward. Despite this, the Fed Chair insisted that the central bank would take a cautious, data-dependent approach to monetary policy. This approach has been positive for corporates in the US as they are given some respite from the continuous interest rate hikes they experienced in 2017 and 2018.

The UK’s exit from the European Union (EU) is scheduled for 29th March and we are still yet to see a majority in Parliament to determine what the next steps will be. Every week investors are digesting a new array of twists and turns presented by our politicians ever since Theresa May negotiated her initial withdrawal agreement in November 2018. This agreement was rejected, and the Prime Minister is now attempting to negotiate concessions with the EU in relation to the ‘Irish Backstop’. Meanwhile, we saw the resignation of several Conservative and Labour MPs who have formed ‘The Independent Group’ with the motive of pushing the agenda of a second referendum. Interestingly, Jeremy Corbyn has now stated that he would be willing to entertain the idea of a second vote if his proposed deal with the EU was rejected. The final consideration is that Theresa May has revealed that the Government is willing to give Parliament a vote on whether the UK should leave the EU without a deal or to alternatively delay Brexit. May’s initial vote on her deal will take place on 12th March and, if this is rejected, we will see a vote on a ‘no deal’ Brexit or a delay to the UK’s departure. Our belief is that May will only receive small concessions from the EU, which will not be enough to persuade a majority in Parliament to back her deal. It seems that there is a majority in Parliament to avoid a ‘no deal’, and therefore we foresee a delay to the leaving process.

The Eurozone economy has demonstrated signs that it is beginning to weaken, with indications that a slowdown in manufacturing is having a drag on the economy. The Eurozone Purchasing Managers Index hit its lowest level since February 2013 and has now moved into contraction. Germany, which makes up 28% of the Eurozone economy, has seen economic data soften, which has been linked to the uncertainty caused by the US-China trade tensions and weakness in the automotive industry. The European Commission earlier revised down Germany’s growth forecast for this year to 1.1%, which is below the eurozone average and down from the 1.8% that was forecast last autumn.

Mario Draghi, the President of the European Central Bank, has acknowledged that he expects slower growth within the Eurozone as data from this region becomes weaker. Protectionism, weakness in emerging markets and equity market volatility are all pointing towards the balance of risks leaning towards the downside. The European Central Bank has stopped quantitative easing, though Draghi has stated that significant monetary policy is still required to support the Eurozone economy.

The US-China trade tensions are still the sticking point for growth and positive investor sentiment within this region.  China’s slowest GDP growth in nearly three decades highlights how the trade war has dampened the economy. Weaker economic growth has prompted the Chinese government to initiate a series of stimulus measures, as well as discussions around potential tax cuts. These measures could help boost the economy and alleviate the effect of the tariffs. However, we believe that the most viable solution is for China to agree a deal with the US to remove the restrictive trade barriers with the largest world economy.

The more conciliatory tone in the latest US and China trade war discussions is good news for investors and we are hopeful that this can be resolved at the proposed Florida summit. The most positive news continues to emanate from the US, where tax cuts, government spending and business confidence are supporting employment and investment, suggesting solid growth into this year. The UK market will be uncertain until the Brexit ambiguity has been resolved. Europe is beginning to struggle due to the Brexit uncertainty and US-China trade tensions and we believe this will continue in the short term. We continue to favour fund managers that have a flexible, active approach, with a global remit, so they can asset allocate across the entire investment world (as we believe diversification is key). However, most importantly we will endeavour, on your behalf, to identify fund managers that invest in under-leveraged companies with strong balance sheets as we believe that highly indebted companies will be punished in 2019, if there are any unexpected events.

Please note:  The opinions expressed in this update are those of A&J Wealth Management Limited only, as at 1st March 2019, and are subject to change.  The update is for information purposes only. Source: Financial Times.