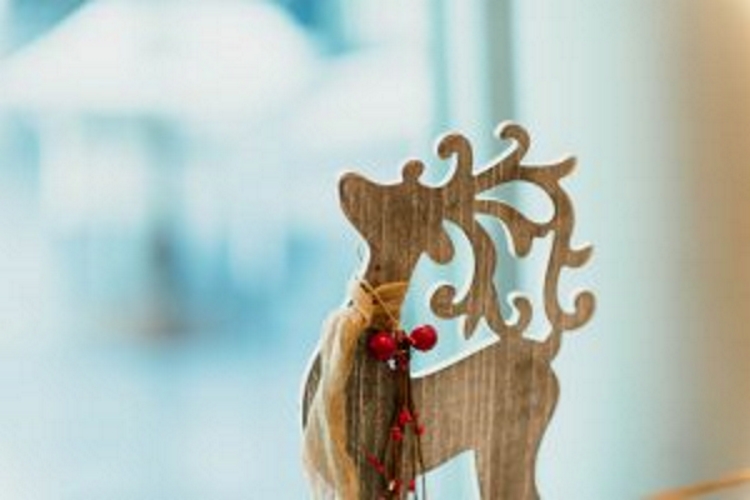 There had been much anticipation surrounding the post G20 meeting between the US and China as investors were hopeful that there could be some trade concessions from the two largest economies. Investors breathed a sigh of relief as President Trump and President Xi Jinping agreed to halt all tariff increases for the next ninety days. This will trigger a new round of negotiations in the coming months and buys time for both parties to attempt to resolve their differences.

Jay Powell, the Chair of the Federal Reserve, also gave markets some respite as he suggested that interest rates in the US were close to “neutral”. Analysts have speculated whether this could signal less interest rate hikes than initially predicted. This will be based upon how strong US economic data continues to be and whether inflation expectations change.
The Brexit negotiations have now reached its most crucial stage with Theresa May battling with Parliament to implement her deal with the European Union. This will be decided on December 11th when the House of Commons decides whether to accept or reject the package negotiated by the Prime Minister.

For the majority of 2018, China and the US have been at loggerheads over the trade imbalance between the two largest economies. The trade dispute between the US and China has now been temporarily put on hold, at least for the next three months, with both sides agreeing to discuss their issues and China claiming it will increase imports from the US. So far, the agreement is that the US have agreed not to increase tariffs on $200bn of Chinese goods from 10% to 25% on 1st January. China have also stated that they will purchase a “very substantial” amount of agricultural, industrial and energy products. This was an agreement that both sides needed as pressure has been building domestically for a more conciliatory tone. President Xi has been grappling with a slowing Chinese economy, and economic analysts suggested that Xi was forced to come home with some sort of a deal that would alleviate pain to Chinese manufacturers.

US business have also lobbied President Trump to put aside his differences with China, indicating that higher tariffs would mean higher costs for American manufacturers – which would lead to price inflation for the US consumer. Considering Trump will be already looking at his strategy to be reelected in 2020 then any victory for the everyday US resident will be important to him. This deal will help Trump to look strong back home, whilst also granting US corporates the breathing space to prepare the the potential repercussions if the next set of tariffs do come into effect.
In October, Jay Powell, the Federal Reserve Chairman, stated that the central bank was looking to potentially tighten monetary policy further than initially predicted. US inflation data for September narrowly missed forecasts, temporarily assuaging concerns that the Fed may have to raise rates more quickly. Analysts have suggested that this was one of the reasons for the recent equity market selloff. President Trump notably uses the stockmarket as a barometer to judge his Presidential success. As a result, he lambasted the Federal Reserve suggesting that they were raising rates too quickly and even stating that he was questioning his original appointment of Jay Powell. Interestingly, Trump upped the ante of this criticism prior to a keynote speech delivered by the Fed Chair.

The speech declared that US interest rates are now closing in on “neutral” levels despite stating previously that the central bank was looking to quicken the pace of interest rate hikes. While Powell defended the Fed’s recent gradual rate hikes, the Fed Chair said the central bank will be watching new economic data very closely as monetary policymakers decide what to do next. Investors will be keeping a close eye on US employment, wage growth and inflation data as this information will indicate which path the Fed is likely to take.

A withdrawal deal has now been agreed between the UK and European Union (EU). Theresa May has presented this to her cabinet and initially claimed to have the full support from her ministers. 24 hours later, the Prime Minister was faced with five ministerial resignations, including Dominic Raab, the Secretary of State for Exiting the EU. The vote will take place on December 11th and the deal agreed is likely be vetoed in the Commons by members of her own party, meaning that Theresa May would require the support of an equivalent number of Labour MPs to secure approval. Some Labour MPs have stated that, if they believe the agreement is the best option for the future economic stability of the UK, then they would be willing to rebel against Jeremy Corbyn and back it. It will be fundamentally important to both the political and economic landscape of the UK to see whether these and other MPs choose to tow the party line or stay true to their personal convictions (and those of the constituents they represent) when the deal is brought to Parliament.

Earlier in the year, Italy voted to elect a populist government, namely the Five Star Movement and the Lega Nord, which subsequently formed a coalition. Their first budget provoked concern due to the proposal to keep the deficit at 2.4% of gross domestic product for the next three years, which would bust through EU spending targets. Unsurprisingly, the European Union rejected the first draft budget which threatens to cause deeper rifts between the European Commission and the populists in Rome. There has been suggestions that the Italian government have now dialed back their commitment to a 2.4% spending deficit. In a revision to its plans, the government intends to drop the proposed deficit for 2019 to 2%. Di Maio, the deputy Prime Minister stated that the he would be willing to lower the deficit to comply with the EU’s demands. This is positive for stockmarkets as this will provide the Eurozone with more economic certainty in the coming years.
Despite lower growth across the continent, the European Central Bank has signalled that risks to the eurozone economy will not deter it from withdrawing one of the most important parts of its crisis-era stimulus, as it confirmed plans to halt its quantitative easing programme. Mario Draghi stated that he was confident of future broad-based economic growth across Europe and this has led to this tightening of monetary policy. Draghi’s plans to phase out quantitative easing is an example of the global trend that central banks now believe economic fundamentals are strong enough to support corporates without less central bank intervention.

Despite discussions between President Xi and President Trump, the effects of the trade war is still rumbling on and detrimentally affecting investor sentiment in the region. The Chinese economy has seen a slowdown which has been linked to the renminbi’s depreciation, the trade tariffs imposed by the US (affecting inflows of investment) and increasing concerns about rising debt levels. It is expected that the Chinese government is likely to implement a further loosening of monetary and fiscal policy which will help to boost the economy and combat the effect of the tariffs. We still believe there are pockets of value to be found in the Asian region, especially in some of the well-established technology companies.
Conclusion

The world economy has grown robustly in 2018. The most positive news has come from the US, where tax cuts, government spending and business confidence are supporting employment and investment, suggesting solid growth into 2019. The more conciliatory tone in the latest US and China trade war discussions is good news for investors and we are hopeful that this can be resolved by the time the ninety day deadline is reached. The UK market continues to look uncertain until the Brexit ambiguity has been resolved. This has consequently resulted in reduced investment flows. Consumer confidence is high across the US and Europe, encouraging companies to invest, which in turn leads to earnings growth. We will continue to favour fund managers that have a flexible, active approach, with a global remit, so they can asset allocate across the entire investment world (as diversification is key).

Please note: The opinions expressed in this update are those of Redwood Business Insurance Services Limited only, as at 19th November 2018, and are subject to change. The update is for information purposes only.