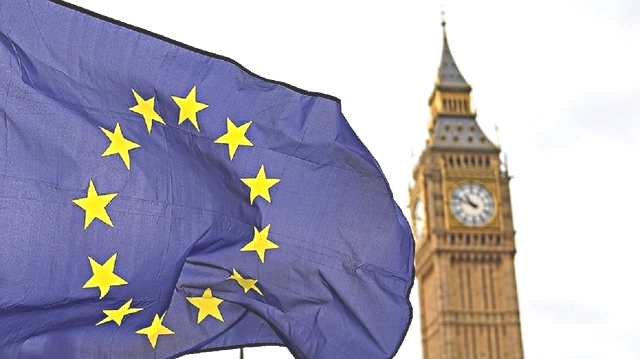 The UK experienced another month of political disarray as the Government struggled to come to a unified agreement on our departure from the European Union. Parliament will attempt to find a cross party compromise. The European Union is beginning to become impatient with the indecisiveness of our MPs, although a no deal scenario is not palatable for either party. The US-China trade talks are still progressing albeit at a slower pace than some expected. Reports suggest that discussions are becoming more harmonious, but the unpredictability of Donald Trump always makes a potential breakdown in talks possible. The Federal Reserve surprised investors by suggesting that they are unlikely to increase interest rates in 2019, which is somewhat different to their projected outlook at the start of the year. This monetary policy respite provided a short-term boost to equity markets as US corporates reacted kindly.

Parliament has now taken control of the Brexit process as Theresa May’s withdrawal agreement failed to pass for a third time. Consequently, a series of indicative votes were held in an attempt to gain a majority consensus on how to advance the process of leaving the European Union however, members of parliament could still not agree. Ken Clarke’s customs union proposal faced a narrow defeat, with 273 MPs voting for and 276 voting against. It is likely that a withdrawal agreement with a customs union attached will be the most likely outcome, as this would solve the notorious Irish backstop issue which has been a key factor in the current Brexit impasse. A further extension of our membership will be required to achieve this, and parliament may need a clearer mandate from the public in the form of a second referendum or a general election, with party campaigns likely to be dictated by Brexit. The political landscape is ever changing making it difficult to predict from an investment point of view, though we believe that the most likely outcome will be a softer Brexit – albeit the timeline of this could be protracted. This will prove supportive for domestically focused companies.

Much of US economic policy has been based on the trade war which Donald Trump began in February last year. Since this date, the two largest economic powers have been battling through the introduction of tariffs on imports and exports. In December 2018, both nations agreed a ninety-day economic truce to de-escalate trade tensions. The US specifically refrained from increasing tariffs from 10% to 25% and China agreed to purchase more US agricultural products. Since this date, trade representatives from both countries have had many meetings to break the deadlock and remove the tariffs that currently exist: $250 billion of US tariffs have applied exclusively to China and $110 billion of Chinese tariffs have applied exclusively to the US.

Originally, political and economic analysts were expecting the deal to be completed by the end of March. However, this never came to fruition as both sides were still in negotiations. The pace of discussions has slowed sharply as the two countries continue to spar over Chinese commitments to reform their economic system, a process requested by the US to enforce the deal. A potential summit between Trump and Xi Jinping was proposed for late April at Trump’s Mar-a-Lago estate but this date seems optimistic.

We believe that both nations realise that a world based on tariffs and restrictive trade agreements is harming global growth and the damage to the economy will have a negative effect on the domestic perception of President Trump and President Xi. Trump is already looking at his strategy to be re-elected in 2020 and has stated that he wants his presidency to be measured by strong economic performance and stockmarket success. We are hopeful for a cordial outcome between both parties which could help to achieve some market stability.

Three months ago, the Federal Reserve stated that it expected to increase rates twice in 2019. Since this statement, we have seen US GDP growth and inflation downgraded, with a higher forecast for unemployment. As a result, Jay Powell, the Federal Reserve chairman, estimated that the central bank would not increase interest rates this year which is a stark contrast to the optimism presented at the beginning of the year. The largest risks to US growth are the general slowdown in global economic growth and the tensions presented by the US-China trade war. These factors are still present and have therefore dampened the central bank’s monetary policy outlook. The Fed’s shift towards a more cautious approach has helped to boost US financial markets, evidenced by the fact that US equities have rallied so far this year, after suffering significant losses in the fourth quarter of 2018.

The Eurozone economy is currently struggling with pressures from Brexit uncertainty and the slowdown in global growth. These factors are causing concern for European leaders and the European Central Bank. In addition to this, Donald Trump has stated that when he has completed negotiations with China, he will focus his attention on rebalancing the trade imbalance between the European Union and the US. Trump has long threatened to enforce substantial tariffs on European autos. Trade tensions escalated last year after the US President initiated tariffs on foreign steel and aluminum and the EU retaliated with tariffs on American products. Eventually a ceasefire was reached in July last year when a bilateral trade deal was agreed. However, Trump has begun to resume his initial concerns by mooting the idea of reinstating a potential trade war with the European Union.

The eurozone economy remains under pressure from weak global demand and political uncertainty, after a regional poll of purchasing managers suggested manufacturing activity was performing at its worst level since 2014. Germany’s vast manufacturing industry shrunk at its fastest rate since 2012, while France’s private sector also fell into contraction, demonstrating a bleaker outlook for the eurozone’s larger economies. Mario Draghi, the President of the European Central Bank, has acknowledged that he expects slower growth within the Eurozone as data from this region becomes weaker. Protectionism, weakness in emerging markets and equity market volatility are all pointing towards the balance of risks leaning towards the downside. The European Central Bank has stopped quantitative easing, though Draghi has stated that significant monetary policy is still required to support the Eurozone economy.

US-China trade tensions are still the sticking point for growth and positive investor sentiment within this region. China’s slowest GDP growth in nearly three decades highlights how the trade war has dampened the economy. Weaker economic growth has prompted the Chinese government to initiate a series of stimulus measures, as well as discussions around potential tax cuts. The stimulus boost has helped to provide economic support and the first indication of this has been China’s manufacturing sector returning to growth which provided a sharp rebound compared to previous readings. We still believe that the most viable solution for growth in this area is for China to agree a deal with the US to remove the restrictive trade barriers with the US.

The US-China talks continue to be protracted but we are hopeful that both world leaders will come to an amicable agreement which will provide more certainty within the world economy. Despite the Federal Reserve dampening their outlook on domestic growth, the US is powering ahead when compared with other developed economies and we are still seeing business confidence which is supporting investment. The UK market will be uncertain until the Brexit ambiguity has been resolved. The outlook for Europe is negative at present with pressures both economically and politically. The Brexit uncertainty and US-China trade tensions have been clear factor and we believe they will continue in the short term. We will therefore continue to favour fund managers that have a flexible, active approach, with a global remit, so they can asset allocate across the entire investment world (as we believe diversification is key). However, most importantly we will endeavour, on your behalf, to identify fund managers that invest in underleveraged companies with strong balance sheets as we believe that highly indebted companies will be punished in 2019, if there are any unexpected events.

Please note:  The opinions expressed in this update are those of A&J Wealth Management Limited only, as at 1st March 2019, and are subject to change.  The update is for information purposes only. Source: Financial Times.